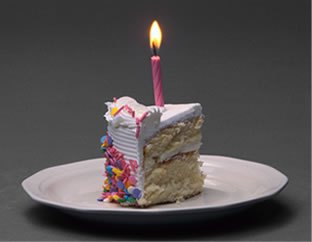 Today is my birthday! Yeah me… I happily turned 44! And I got many many lovely gifts, cards and Facebook messages. But the best gift I got… is one John Jr. doesn’t even know he gave me.

When John Sr. connected with me… he reached out to me because he had a Brain Tumor. He and I had so many great talks… and many many emails. He was one of my biggest supporters in the fight for Medical Marijuana. He and I talked at length about Cannabis studies that were taking place in Europe… specifically for the most aggressive Brain Tumors called Glioblastomas… using high doses of Cannabis Oil.

You see, John and I, weren’t “inside the box” thinkers. All we knew was… Damn! We just want to live longer, happier existences… with less pain and fear. Pretty simple request… at least we thought so.

We both talked about our kids. I told him how desperately I wanted to stick around long enough to see my son and daughter grow up… and he proudly talked of his beautiful family… and new Grandson.

When I called him Coach… I meant it. I think we both coached each other along… during this really trying Final Championship Game!

I always talk about living… and how I use this Blogapy as my Therapy! Well… since John died… I’ve been very scared. Scared that… well… when is it my turn?

But today… all I’ve been is happy. I haven’t taken my oil today so I could drive and enjoy the day… instead of resting! I brought my kids to their 1st day of school, I then went and had “Mimosas and Muffins” with a group of really cool gals, and then bought new towels at Marshalls! Both kids had great first days of school… My hubby gave me a big surprise Birthday Gift that I have to look forward to… and I just got off Facebook!

John Contillo’s Son, John Jr and I are competing! We are in a competition to see who can raise the most money for The Connecticut Brain Tumor Alliance’s Path of Hope…. walk on the beach, October 5th!

For the last few days, he and I have been hysterically laughing, trading poking and prodding emails… trash talking each other… and gaining momentum.

I lost my father tragically in 2006. John lost his dad to my illness, Brain Cancer. But now both of us are turning tragedies into triumphs.

On my Facebook Page… amongst all my birthday well wishes… are many taunting and funny exchanges between John Jr and me! And that’s the best birthday gift I could ever ask for.

So… which team do you think Coach is cheering for?

Either way… Thanks for my birthday gift!