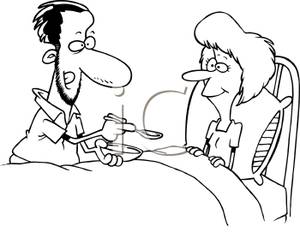 It’s what we all say on our wedding day. For some they are vows… promises… words. Because everything you say are just words.

Words that are said in a Dress and Tux. Words that you repeat after someone else says them. They aren’t even our own words… they are vows that have become synonymous with wedding ceremonies.

But what happens when those words are tested? Because they are always tested… Always!

Today, I was so happy when I reached out to a dear friend. You see, she is waiting.. standing by her husband who is having heart surgery. And I smiled because she and her husband have one of those rare marriages that can stand that test. Those words are their actions… and they’ve been tested and proved time and time again.

I look to friends like that as role models.

I am proud to say now… that I finally have a husband who speaks those words… and acts on them every day. They aren’t just words we said to each other last April… they are words that are tested every day with us. Actually… with him.

It’s easy to say I’ll stand by you when it get’s hard… but for Greg and I… it was hard from the word go.

And he’s never wavered. Not once. Not after all the times I’ve tried to push him away. Not after the seizures, the radiation, the baldness, the headaches, the pills, the MRI’s… The day to day living that must break him constantly.

Yes… those kinds of partners do exist.

So, whether you are a patient… or a Veteran returning from war… your partner can be your enemy or your ally. Figure out which… and fast.

I didn’t start out my journey with a “Til Death Do You Part…Partner”. I started out with the opposite.

But, when I least expected it, or felt like I deserved it… I found it. A partner that would make me want to be better. To live… to go on… no matter how hard it got.

It’s a gift… and my friend, Maria, reminded me of that this morning.

If you are lucky enough to find a true Til Death Partner… don’t be an idiot like me and make him ask you three times before you say YES!

Previous Post: I Didn’t Break the Law… I Changed It!
Next Post: The Best Reuben Sandwich EVER! ….Blogapy